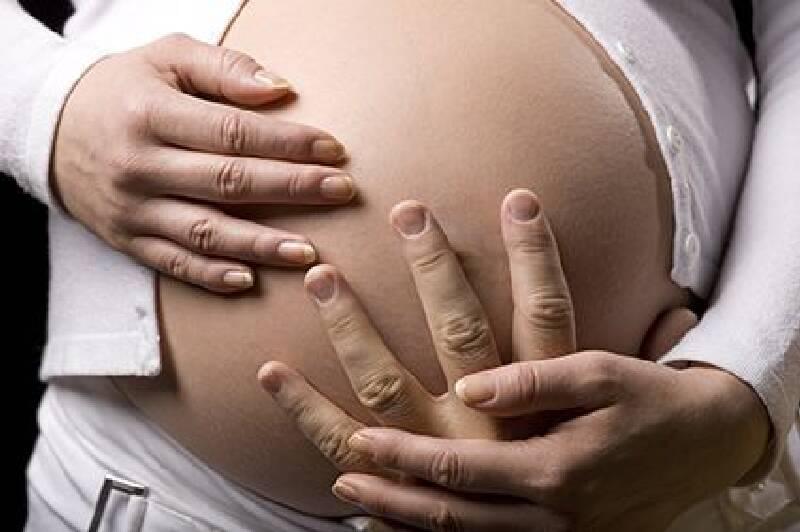 What is first trimester serum screening?

Today, using special ultrasonography (USG) devices it is possible to recognize approximately 50% of fetal abnormalities during 11th and 14th weeks of pregnancy. First trimester serum screening is a blood test which can be combined with the result of the special ultrasonography screening. Two protein levels are measured in blood. These are proteins named as free beta HCG and PAPP-A. Pregnancy age can be calculated, abnormalities that may exist in the baby can be detected and the thickness of the fluid under the neck skin fold which is called nuchal translucency can be measured with ultrasonography. Such fluid is present in every baby during these weeks. When the blood test is combined with ultrasonography, during these weeks 90% of pregnancies with down syndrome and Trisomy 18 can be detected.

What does thickened nuchal translucency mean?

A thickening in this region can be a symptom of chromosomal disorder, a heart disease of the baby or another disease. Yet sometimes a thick nuchal translucency may be seen in healthy babies as well. The probability of a problem existing in the baby increases in proportion to the thickness of nuchal translucency. On the other hand, risk of chromosomal disorders (Trisomy 21, 18 and 13) is low in babies whose nuchal translucency is determined to be within the normal range. For this reason before all kinds of invasive tests (such as amniocentesis, chorion villus biopsy) conducted to find out about the chromosomal structure of the baby, this detailed USG examination should be done and the family should be consulted about the risk of chromosomal disease ,which has been calculated as a result of this test. This is because all kinds of invasive tests have their own risk of miscarriage. However a point to be kept in mind here is; having a thick nuchal translucency does not mean that definitely the baby has a disease, or a normal nuchal translucency thickness does not necessarily mean that the baby is definitely healthy. These tests are only conducted for the calculation of risk. Whether the baby has a chromosomal disease can be found out certainly by conducting an invasive test in accordance with the result of such non-invasive tests.(ultrasound and blood tests) In approximately 5% of the pregnancies, an increased risk is detected through mother's age and measurement of nuchal translucency (risk calculated over 1/300 for Trisomy 21 by blood test means an increased risk for this syndrome) and the necessity of conducting invasive test for chromosomal analysis arises.

What are the advantages of these tests?

I. It has been seen that with the help of first trimester serum screening and measurement of nuchal translucency the number of babies born with Trisomy 21 and Trisomy 18 decreases.

2. With calculation of risk during early periods of the pregnancy the family takes the decision whether to have an invasive test or not at an early stage.

3. Diagnosis of a heart disease in the baby can be made at an early stage of pregnancy as per the result of such tests.

What does Down Syndrome (Trisomy 21) mean?

Trisomy2 I is the most common choromosomal disorder.

It is seen in nearly 1/800 of live births. It is usually a chromosome disorder occurring by itself in every pregnancy rather than being an inherited disorder and is characterized by the baby having three 2 I st

chromosomes instead of having two. As the age of the mother gets higher, the risk tends to increase. These babies may usually have a neurologic development disorder and/or various structural abnormalities.

What does Trisomy 18 (Edwards Syndrome) mean?

It occurs approximately in 1/5000 of live births. An increase in the risk as the mother's age gets higher applies for this disorder as well. There are severe structural disorders in such babies. They usually pass away during the pregnancy or the first weeks of their lives.

Who are eligible for First Trimester Screening and Nuchal Translucency Measurement?

First trimester serum screening combined with special USG examination can be recommended to patients younger than 35, thus have a low risk of Trisomy 21 and 18. This test does not show the risk associated to other chromosomal disorders. It can also be used by being combined with nuchal translucency measurement for the calculation of risk before deciding upon any invasive tests for patients over 35 if the patient desires to do so. However if the patient wants to know for sure that the baby does not have any chromosomal disorders ,she may choose to have an invasive test (amniocentesis or chorion villus biopsy) directly without having this test done at all.

What does it mean when a high risk is calculated?

A high risk can be mentioned when a risk over 1/250 is calculated for Trisomy 21 after the test is concluded. Yet this does not necessarily mean that the baby would have a chromosomal disorder. Also in order to calculate the test result accurately there should not be multiple pregnancy and the age of pregnancy should definitely be known. The result of the test shall be discussed with you in detail by your doctor. However in the end the only way to know for sure whether a chromosomal disorder exists is to have an invasive test conducted.

How exactly is a First Trimester Serum Screening done?

Measurement of nuchal translucency may diagnose babies with down syndrome and Trisomy 18 by 80% alone and by 90 % when combined with blood test. However these tests are not sufficient to diagnose other problems that the baby might have. Therefore it is required to have a detailed ultrasonography around the20th week in addition to the detailed ultrasonography examination done during the first trimester. Since blood test would not be applied for multiple pregnancies only measurement of nuchal translucency is done and as such nearly 80 % of babies with down syndrome may be diagnosed.

What does AFP Screening done at the second trimester mean?

This blood test is done in order to screen neural tube defects. Problems related to the closing up of the spine such as anencephaly or spina bifida are meant by the expression neural tube defects. There might be neurological problems with the baby in such disorders. AFP which is examined in the blood of the mother is a protein existing in the blood of every pregnant woman normally. The best results are given between 15+0 and I 8+0 weeks of the pregnancy. Like the tests mentioned above this test also is a screening test used in calculation of risk rather than being an absolute diagnosis. Following this test absolute diagnosis may be made through a detailed ultrasonography. 85 % of spina bifida and 60 % of abdominal front wall defects (omphalocele and gastroschisis) can be diagnosed through AFP test.

What does neural tube defect mean?

This group contains problems arising from the skull or the spine not closing completely. Open neural tube defects are the most frequent group among serious fetal abnormalities (Approximately 1-2 % in live births). No similar disease history exists in the family of 95% of these babies born with this disorder. If the disorder is in the part related to the skull of the baby (encephalocele) it is not possible for the baby to survive after birth. If the disorder is at the back part of the baby it may involve the spine in this part. This bears the risk of the child to have neurological problems or hydrocephalia (accumulation of water in the head) in the future. One or more surgeries might be required after birth. The patient decides on its own whether this test would be done. If the risk comes up high at the end of the test it does not mean that the disorder is present, it only indicates that a detailed USG examination should be done.

This post has been written by TOBB ETU Hospital and viewed 14022 times.